Bigger than Fuck: Goodbye to a Badass 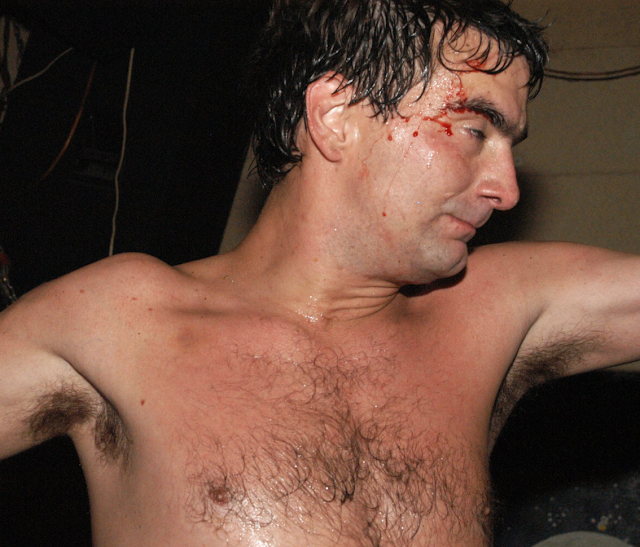 Yesterday was a very sad day in the town of Austin. A legend passed away and left behind a great big hole in this town. Besides his writing, comedy, music, Chad Holt was a creator. He turned everything he did (and he did a lot!) into an event. That is called living life large and Chad Holt did that. He lived life large and out of control and that's how life should be lived if you ask Fuck You I'm From Texas Film Talk.


In a perfect world, or back in 1980 Austin, the Varsity or Dobie Mall would probably be showing back to back viewings of Chad's film Total Badass directed by Bob Ray, but it's not those days anymore. Total Badass is an inside view slice a life documentary about the doings and goings on in Chad Holt's world. More than one review of the film likened Chad to a modern day Austin TX Hunter S. Thompson. They got that right. That kind of balls out honesty doesn't roll around too often.

The film encompasses Chad's struggle with the legal system, his Whoopsy Magazine events, his fatherhood and evidence thereof, the kids. The film even features his own Dr. Gonzo lawyer, who's a real kick in the head fun character. What I got out of this movie is everybody who shined around Chad's star, shined real bright. He was a true individual who was loved and will be missed by many. The best thing I can say about Chad Holt is he represented what this town used to be. My own personal favorite of his many many feats was the counterfeiting SXSW wristbands. That alone makes him a national hero!

Some of my favorite Chad quotes from the movie were "I don't need you adding in your little snippets now" and "I'm trying to manufacture spit." Just about everything that came out of his mouth could be a tee shirt. Seriously. Or not.

Rather than break down the movie, FYIFAFT would like to post here some of the heartfelt memories from Chad's friends.


Bob Ray: "Keeping Austin Weird just got a fuckload harder. Chad Holt pulled more than his weight in keeping the weird needle in the red. I see people lamenting the loss of old/weird Austin often, but this one really hurts. Really fucking hurts."

Lars Nilsen: "Chad Holt in his prime was an amazing person to behold. I’ve known other wild gonzo animals who didn’t care about any law made by man, but Chad took it to a higher level by being hyper-intelligent and completely fearless. It was like he was created in a lab in Lake Jackson by defense contractors for some mysterious and unknown mission that required a total lack of social restraint."

Benjamin S. Jenkins: "Chad Holt once said to me as we drove off into the lake, "if you wanna live, you better learn to breathe the air of off the roof!'" 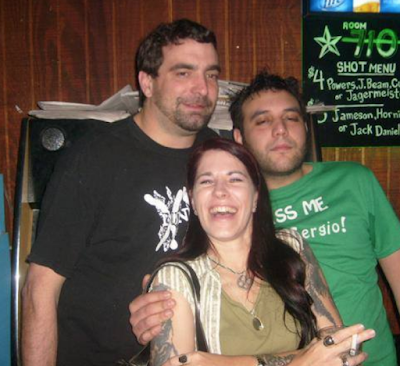 Sabbath Crow: "I love this photo featuring a Total Badass, Chad Holt, the Sexican, Sergio Rangel and me from St. Patrick's Day a long, long time ago at Room 710. R.I.P. Chad. All of our lives were certainly more of everything good because you were in it. You will always be remembered. What a legend." 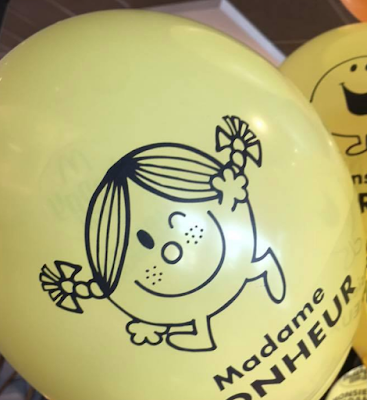 Hickoids: "Hickoids are bummed to hear of Chad Holt’s passing. He was a rebel and deviant of the highest order, and he wouldn’t appreciate us trying to say anything uplifting about the situation. Instead we will release this French McDonaldland condom in his honor. Fly free our Freak. We are going to miss you." 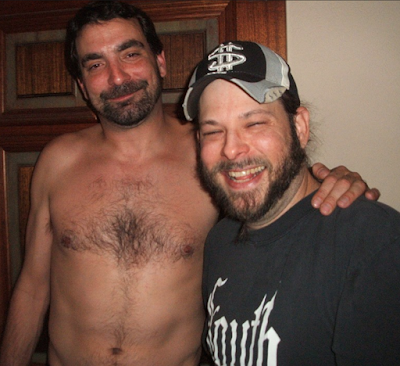 Steve Larsen: "When Chad recorded at my studio from day one, he wasn't in the building one minute before he was shirtless. That along with his strange 12 packs of every misfit beer the bar he was hanging at at the time was going to throw out. He would come in and read for hours. We would laugh so hard we would almost barf.
One of those nights he finished a lengthy session and wanted whataburger. It was 3am full on busy, and we sat for at least 25 mins.-ish in the drive through line.
In that time he almost had me convinced the movie Popeye was the best movie of all time. He was so passionate in his spiel and theory that without myself ever having seen the movie it was moving up my all time great films list fast. I still haven't put his theory to the test."


Cooper Lakota Moon: "Chad Holt you were one of the first people I met when I moved to Austin. Everyone told me you were a dick. Because of that I was always stoked that you seemed to like me. Every single fucking interaction I ever had with you was fucking awesome!"

Kevin Curtin: "Chad Holt was a renegade of thought and deed. As one friend aptly pointed out at the Roast of Chad Holt in June: “I remember there was a time in Austin when you could be a piece of shit and thrive. There was a Rembrandt of being a piece-of-shit and that was Chad Holt.” Chad was a one-of-a-kind writer/publisher with his annual Whoopsy zine in which he often formatted it like it was reviews of bands but it would just be stories of his sexual exploits or brutally honest musings that challenged the conventional ways people thought about life."

There are many many more memories and goodbyes, too many to list every one. Watch the movie. Read the guy's writing. Remember the good times.

Goodbye to a total badass. 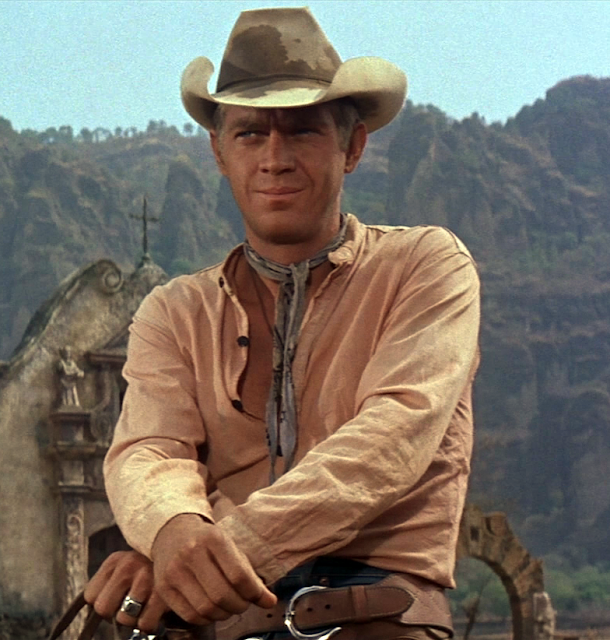 Come back and save us, Steve McQueen

Last night, I had a really great dream. It was still bad out there and Trump was still our evil president trying to kill us all. But, Steve McQueen was still alive. I had written a short story about a cowboy from Wyoming, a modern day cowboy, who runs for president. And wins! He turns out to be the kind of American this country needed. He saw the bad side of racism and oil creeps hurting the Native American nations. He'd seen it all, like cowboys do in real good cowboy movies. They're always on the outside looking in at the bad things civilization does. Anyway, Steve loved this story. I was in San Francisco in the dream and Steve told me to run and get him his favorite treats, those striped peanut butter bars and those Jolly Rancher Watermelon candies. I went over to Market Street and Castro nearby where we were meeting and couldn't find those striped bars anywhere. I wound up at this Asian market and had to get him this weird jello stuff that was watermelon flavored an 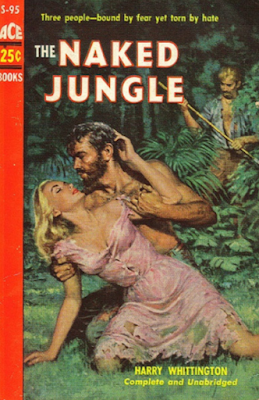 To a Gun Toting Man a poem by Cindy Marabito I fell in love with you the first time I saw you I was living behind Mrs. Lombardo’s house on Hazel Street and my mother and I watched you in The President’s Lady with Susan Hayward. You played the part of Andy Jackson and you were in love with a scorned woman. We stayed up late and I was lost in your Mount Rushmore chin your massive Cro-Magnon jaw structure that belongs on a large mountain of its own jutting itself out to all those liberal disbelievers who don’t know you like I know you. They’ve never seen you turn against everybody in the whole United States and risk bigamy for the woman you love. They’ve never seen you in that movie stars at home book lying nude in a clear lucite hammock with a very large grin and a magazine. I love you Moses even though that’s sacrilegious to lust for the leader of the Jews who led them into the desert and who parted the Red Sea for Cecil B. deMille. Who was cast for the part because he looke